This post will be less invovled than some of the other projects but you can look at the code for the extended kalman filter and unscented kalman filter if you want more details! Also, if you want to read more about kalman filters and understand how these types of models work feel free to read this intuitive and well written blog.

In this project, we use an extended kalman filter and later an unscented kalman filter to predict the location and velocity of a simulated bicycle that is traveling around the vehicle. The measurement data comes from lidar and radar sensors with the main algorithm implemented in C++.

In the screenshots below, the green triangles represent the predicted location, the red circles are from the laser sensor, and the blue markers are from the radar sensor. We measure the accuracy of the algorithm by calculating the RMSE of the x, y positions and the velocity along the x, y axis. 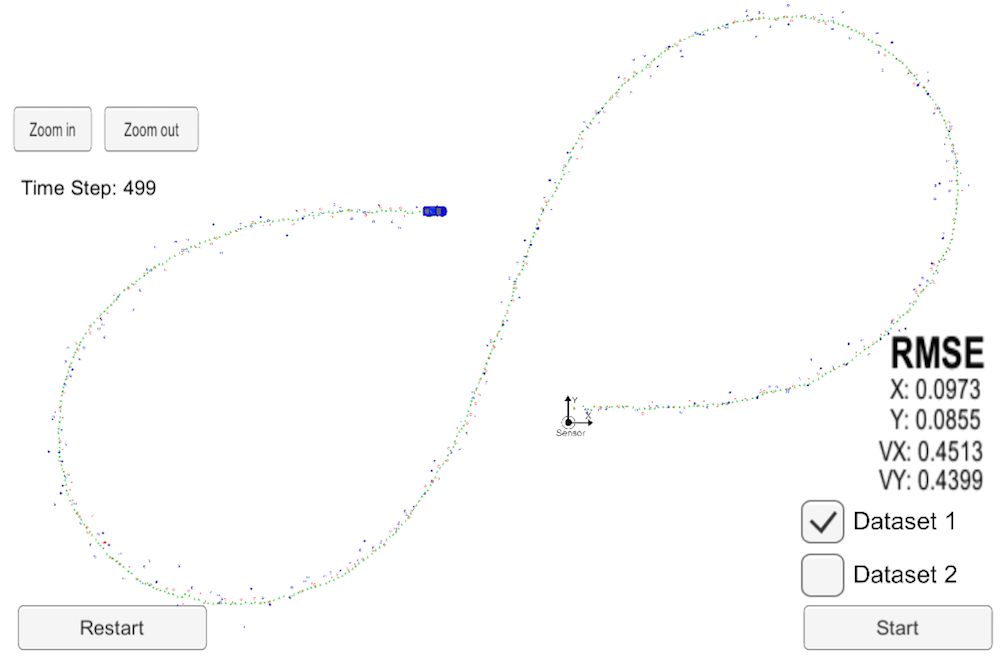 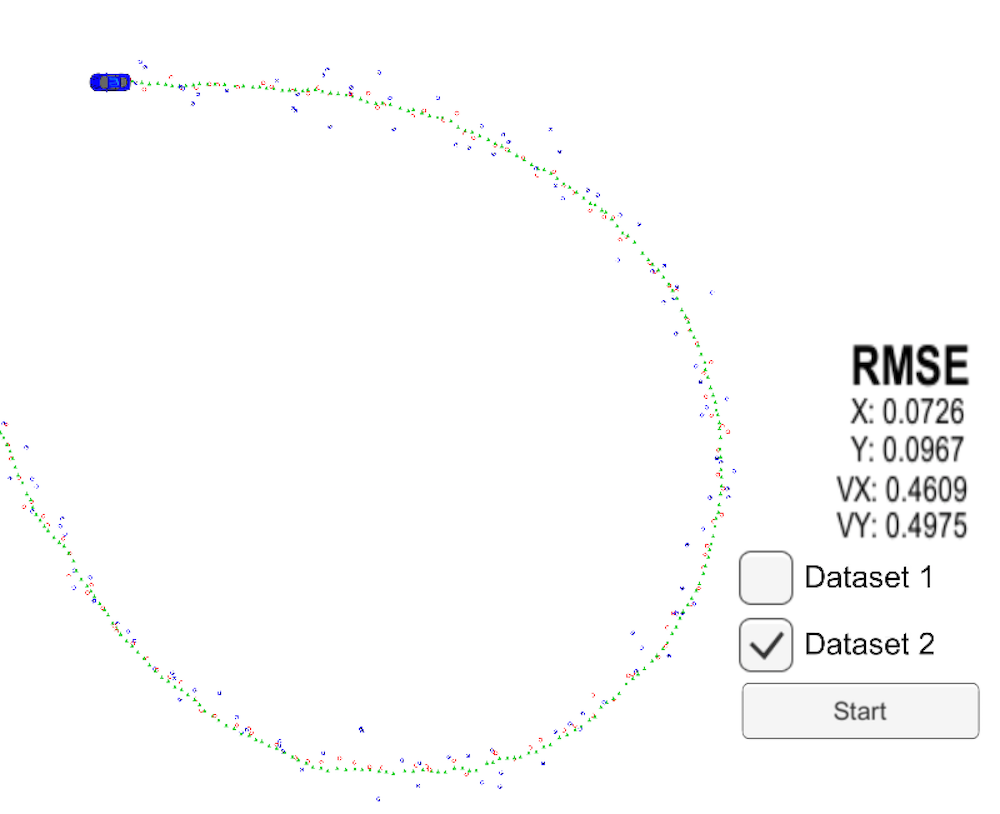 If we just use one or the other of the sensor measurements to update the algorithm we can start to see what each sensor is better. 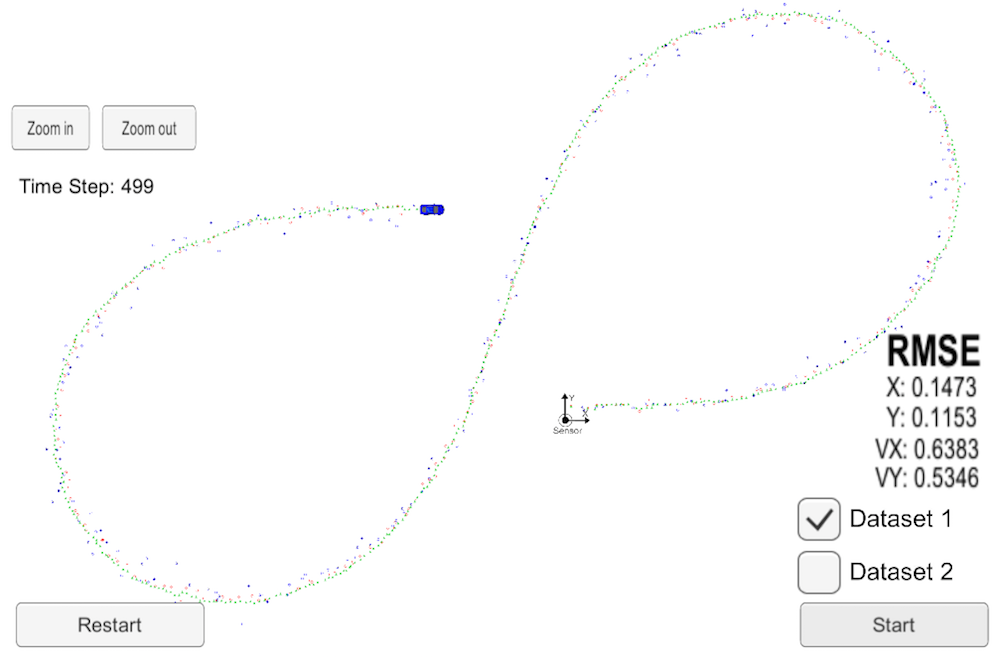 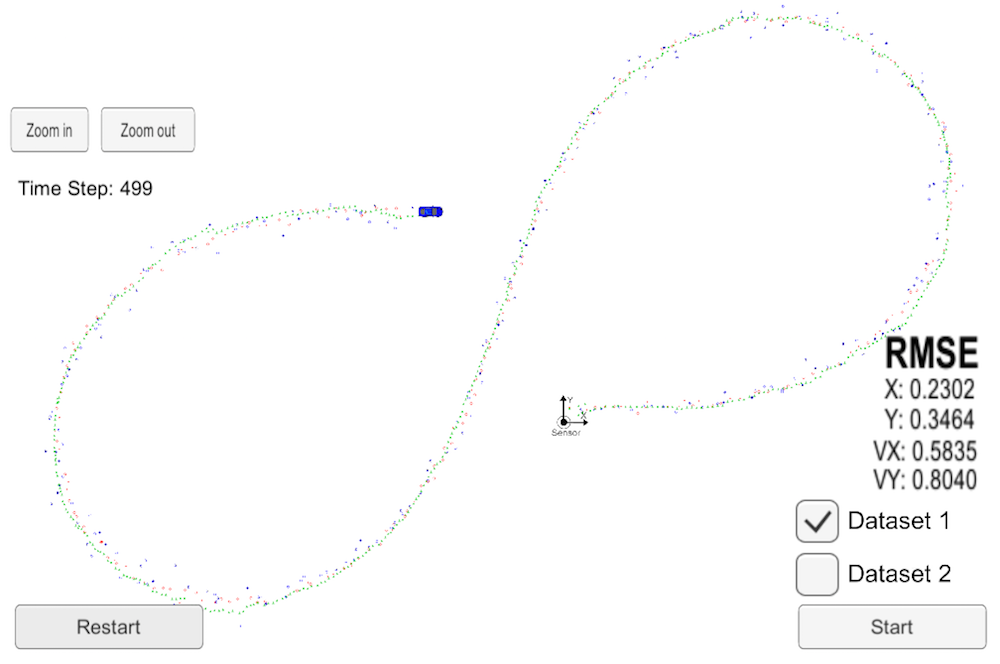 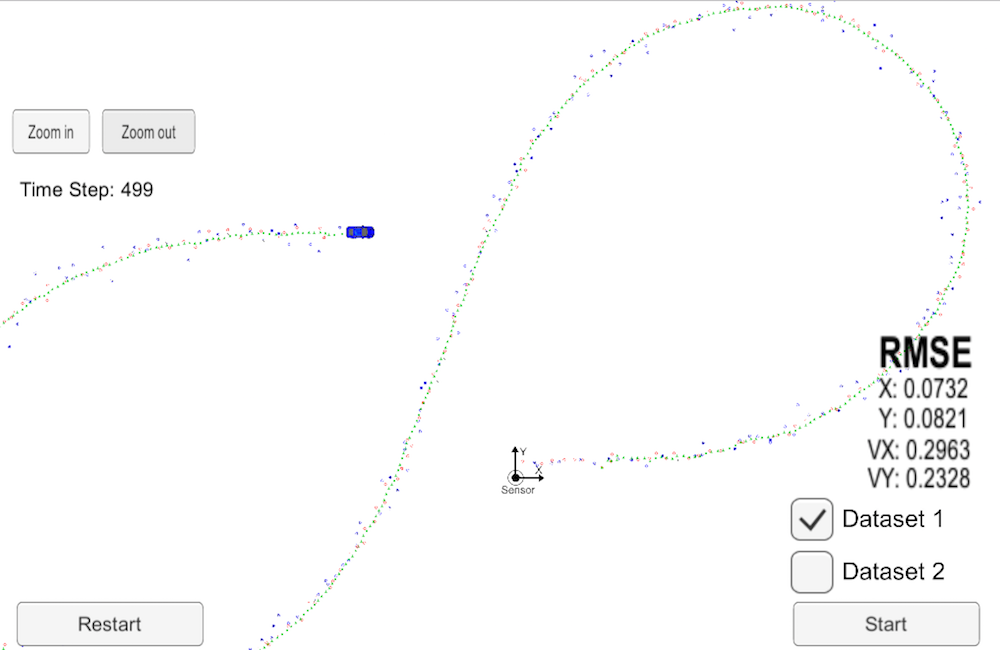 One difference in terms of the two filters is the use of the normalized innovation squared (NIS) metric to finetune the noise parameters that are used in the unscented kalman filter. The NIS metric gives an approximate idea of whether or not the parameters were initialized in the correct range. Specifically, the NIS follows a Chi-squared distribution and given the number of dimensions we can figure out what the value should be if we expect that only in 5% of the cases the NIS will exceed the value. In our case, for the radar measurement example we have 3 dimensions and the value that we expect to exceed 5% of the time is 7.815. For the lidar, since there are 2 dimensions (the x and y position) the value we expect to exceed ~5% of the time is 5.991.

In order to compile and build this project, make sure that the following dependencies are met.

Once the above dependencies are installed: